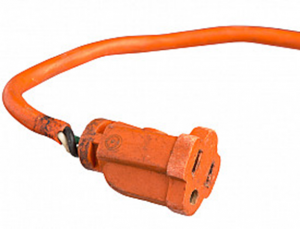 Even when extension cords, power strips, and surge protectors are being used correctly, some of these items can pose a serious fire and electrocution hazard.

Most of these faulty cords were sold at discount stores and small retailers. Most were made in China. Many have no identifying marks or model numbers. Some have counterfeit Underwriters Laboratories (UL) certification labels. Even small appliances can easily overload cords that do not meet industry safety standards.

Not enough cord for your lamp or radio to reach the nearest outlet. Just plowing through the junk drawer for an extension cord, this may not be a good idea. Extension cords can be very helpful in delivering power right where we need it. However, regardless of the gauge or rating of the cord, an extension cord is a temporary solution, and is not meant to be used as a long-term extension of your household’s electrical system.
Using extension cords properly is critical to your safety. With continu­ous use over time, an extension cord can rapidly deteriorate, creating a potentially dangerous electric shock or fire hazard.

A heavy reliance on extension cords is an indication that you have too few outlets to address your needs. Have additional outlets installed where you need them. 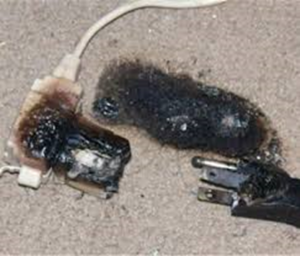